When looking westward, I beheld
A something in the sky.
At first it seem’d a little speck,
And then it seem’d a mist;
It moved and moved, and took at last
A certain shape, I wist.

A speck, a mist, a shape, I wist!
And still it near’d and near’d:
As if it dodged a water-sprite,
It plunged, and tack’d, and veer’d.

With throats unslaked,  with black lips baked,
We could nor laugh nor wail;
Through utter drought all dumb we stood!
I bit my arm, I suck’d the blood,
And cried, A sail! a sail!

With throats unslaked, with black lips baked,
Agape they heard me call;
Gramercy! They for joy did grin,
And all at once their breath drew in,
As they were drinking all.

See! see! (I cried) she tacks no more!
Hither to work us weal—
Without a breeze, without a tide,
She steadies with upright keel!

The western wave was all aflame,
The day was wellnigh done!
Almost upon the western wave
Rested the broad, bright Sun;
When that strange shape drove suddenly
Betwixt us and the Sun.

And straight the Sun was fleck’d with bars
(Heaven’s Mother send us grace!),
As if through a dungeon-grate he peer’d
With broad and burning face.

Alas! (thought I, and my heart beat loud)
How fast she nears and nears!
Are those her sails that glance in the Sun,
Like restless gossameres?

Are those her ribs through which the Sun
Did peer, as through a grate?
And is that Woman all her crew?
Is that a Death? and are there two?
Is Death that Woman’s mate?

Her lips were red, her looks were free,
Her locks were yellow as gold:
Her skin was as white as leprosy,
The Nightmare Life-in-Death was she,
Who thicks man’s blood with cold.

The naked hulk alongside came,
And the twain were casting dice;
“The game is done! I’ve won! I’ve won!”
Quoth she, and whistles thrice.

The Sun’s rim dips; the stars rush out:
At one stride comes the dark;
With far-heard whisper, o’er the sea,
Off shot the spectre-bark.

We listen’d and look’d sideways up!
Fear at my heart, as at a cup,
My life-blood seem’d to sip!
The stars were dim, and thick the night,
The steersman’s face by his lamp gleam’d white;
From the sails the dew did drip—
Till clomb above the eastern bar
The hornéd Moon, with one bright star
Within the nether tip.

One after one, by the star-dogg’d Moon,
Too quick for groan or sigh,
Each turn’d his face with a ghastly pang,
And cursed me with his eye.

Four times fifty living men
(And I heard nor sigh nor groan),
With heavy thump, a lifeless lump,
They dropp’d down one by one.

The souls did from their bodies fly—
They fled to bliss or woe!
And every soul, it pass’d me by
Like the whizz of my crossbow!’

I have talked about this topic recently, as it is very near and dear to my sacred heart. There seems to be a LOT of confusion to my identity. I am Athena; PERIOD.

So once again humanity, I am NOT Minerva and I am not Pallas Athena. I am the Goddess Athena; PERIOD.

Pallas IS another God, and my friend; the Greek God of War. Gods are immortal and do not die a physical death. They are the deathless or dead-less ones; Gods and Goddesses. So if you believe that I killed my very dear friend Pallas; please revisit your thoughts.

If you look at astrological maps of the Pallas Athena asteroid from a side-view, you’ll notice something quite interesting. It’s path is unique.

I’ll enlarge it a bit for you; so you can see it better. 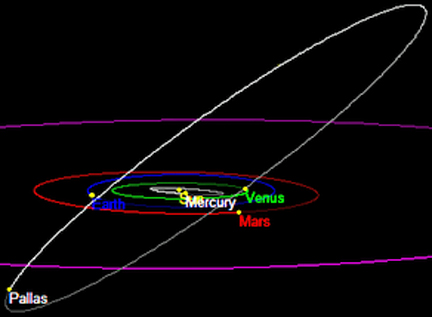 The Pallas Athena asteroid crosses just inside the path of the planet Venus, who the Romans wrongly called the Goddess of Love. Coeus told me twice that I am the Goddess of Love; not Venus. Humanity is very confused, and this is easily understandable, due to dialects between nations, and intentional modification to written doctrines, mythology, and historic documents.

Why is it you think that the Pallas Athena asteroid circles so closely to Venus? Because that is where unconditional love lies. All you have to do for a reminder of my great love for you, is to gaze up, just prior to sunrise and look at the Bright Morning Star; me. It is the perfect time to connect with me intuitively OR inter-dimensionally.

I am the brightest star in your horizon; the Bright-eyed Athena. Remember this, as there are troubles on the horizon, and it is likely that I will be all that you SEEK and FIND for sometime.

Looking at the Pallas Athena as energies, and not a rock, they are a combination of the masculine Greek God of War; PALLAS, and my own masculine energies, the Greek  Goddess of Strategic Warfare; ATHENA.

So how is this going to affect Earth?

First, one needs to use knowingness. There is an exact moment in “time;” when and where the asteroid will become in close proximity, or smack into Earth. If you read my last blog post, you should have an idea. However, keep in mind that there are split-timelines running, and not everyone is in the same one.

As Coeus says, your exuberance to deliver these finer words of truths…

Anyway, I Googled the words, world map pacific ocean, and two maps immediately caught my eye. The first global map singled out the Mariana Trench. Oddly, it was the only text on the map. The second global map is shown below. I had no idea there were islands in the Pacific called Solomon Islands. To simplify things, I’ll show you one map.

I’ve pointed out the location of the Mariana Trench below. It runs from northern Japan where it’s cold, down southward. Now let’s look at the significance of these two places.

As a result of similarity, the name Mariana became associated with Maria, which is the name of the flesh Blessed Virgin; Mary, who you should now know to be me; the CHRISTed Oversoul (Goddess with us) Virgin Mother ATHENA. Now you have the entire name of the asteroid; Pallas-Athena. It is truly amazing how adding a hyphen between the two names, makes all the difference.

Let’s take a look at the vernacular of the name Mariana from another vantage point, because as the Goddess of Strategic Warfare, I always look at things from a multitude of directions. If you have read my blog, you’ll know that Maria was the Spanish name for Mary, which means Beloved.

Where does that Twin Flame Prayer originate? It is a Song of Solomon. Hum, the Solomon Islands…

And who was Solomon? He was a King and My Beloved in a previous incarnation, when I was incarnate as a flesh human being; the Queen of Sheba.

Do you recall the names of the two CHRISTed Oversouls of these two incarnations? the God Coeus and Goddess Athena; your King and Queen of New Earth. What an appropriate way to usher in a New Heaven on Earth.

Now, there is another option; Mariana County, California that is also on the Pacific Rim. The morning of 1/13/19, Coeus gave me some more information on this event that is going to occur. This time is was delivered to me via Qualified Physics / Quantum Mechanics.

The information came in not only through quantum mechanics, but through Broadway songs; theatrical performances, or dramas. 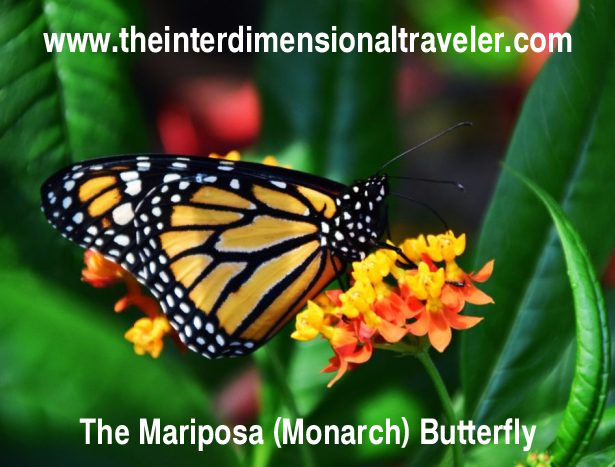 Now, let’s look at another drawing of the PALLAS (God of War) / ATHENA (Goddess of Strategic Warfare) asteroid that will either pass by Earth in late January 2019, or crash into it; around the period of the Super Blood Wolf Moon. I think you will find it quite interesting and appropriate for the two Beloveds and their Wedding Guests.

There is your junction or point of impact, where the energies will be felt; one way or other. Per My Beloved Coeus, from one of his channeled messages to humanity on the Weight of Words.

He always picks the perfect words and is a Master of subtle hints.

A couple mornings ago, I spoke with Coeus. It was a message on Qualified Physics / Quantum Physics, and the Super Blood Wolf Moon.

In his message, which was delivered via quantum physics, Coeus gave me some dramatic musical songs, which all confirm what is coming in about one weeks time, on the Super Blood Wolf Moon.

All of this seems to be coming about through the mosaic that I am “creating” for my client Jorge; which is a Spanish name like Mariposa. I’ve been having some minor set-backs with finishing the mosaic. But as divine timing will have it, the mosaic should be completed in 1 week; on the Super Blood Wolf Moon; all 1000+ pieces of it.

This Super Blood moon will occur on Monday, Jan. 21, at 12:16 a.m. EST (01:28 UTC), but will also appear full the night before, and after its peak to most of humanities perception.

It’s 11:00 am on the Schnooteroo as I am writing this update:

Well, it’s more validations. Chris was playing with Meadow in the studio and she yelped. She ran over to me as usual. He calls her “Diaper Dog.” She is the incarnation of my last dog Rocky, which I wrote a blog article about several years ago.

It was then that Chris yelled to Meadow, “Lay Down!” and I heard the song from Melody, playing in my head; Lay Down. Many YouTube songs popped up on my quest, so I just randomly picked one. Check out the words and the pictures, as there is MUCH truths in the arts.

About I AM the incarnate Goddess Athena, Queen of the Heavens and New Earth, and THE Emmanuel's Wife

I AM 100%, the incarnate Goddess Athena, Goddess of Beauty (of the arts) and Fertility; but not in the sexual manner; but of the mind. I AM a master, inter-dimensional traveler and a master of unconditional LOVE. You are "spirit having a physical experience" with a job to do, and it is simple. Live a life of service to others; not self, and LOVE with all your heart. It is not how much you love; but how well you love, which should always be unconditionally. It is that simple! So when you want to choose what's right; pick the light. The only demons that exist are those within.